Skip to content
After all manner of bombing caused by the ill-fated Samsung Galaxy Note 7, Samsung  has announced a new
upgrade program for users of its ill-fated Galaxy Note7 smartphone. Under the
program, dubbed Galaxy Upgrade, those trading in their Note7 unit for either a
Galaxy S7 or S7 edge will be able to upgrade to a Galaxy S8 or Note 8 next
year. 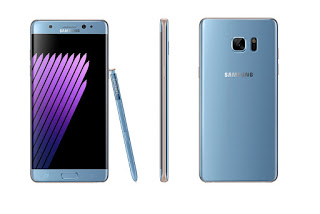 During the upgrade, customers will only have to shell out 50% of
the cost of their Galaxy S7 device. Also included in the upgrade program is a
50% discount on LCD repair costs that users would be able to avail twice.
The Galaxy Upgrade program has only been announced for
customers in South Korea. It’s unclear if the company is going to launch a
similar compensation program for Galaxy Note 7 customers elsewhere.
Source

8 thoughts on “After all Manner of Note 7 Bombing, Samsung Announces Upgrade Program for Galaxy Note7 Users”