Skip to content
The story of Blackberry so far has been from
grace to grace to carpet grass. They’ve gone from being one of the largest
competitor to certain death and then reborn. They’ve had it very rough and this
time around, they are gradually bouncing back to life.
Blackberry Keyone is their latest smartphone
announced during the Mobile World Congress this year, and will be officially be
available for US and Canada beginning from May 31st while pre-order
begins from May 18th. 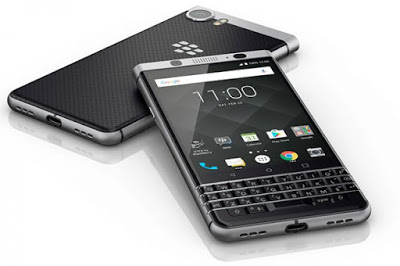 The BlackBerry KEYone comes with the signature
QWERTY keypad slider below the device, which also embeds a fingerprint sensor
on the space-bar as well as capacitive touch on the entire keyboard for
scrolling. Talking about the specifications, the smartphone sports a 4.5-inch
full-HD (1620×1080 pixels) IPS display with a pixel density of 433ppi and Corning
Gorilla Glass 4 protection. The all-new BlackBerry KEYone is powered by a
Qualcomm Snapdragon 625 octa-core processor clocked at 2GHz, coupled with 3GB
of RAM and an Adreno 506 GPU.
For photography, BlackBerry KEYone sports a
12-megapixel rear camera with a Sony IMX378 sensor – the same sensor as the one
on the Google Pixel – that has 1.55-micron pixels. There is an 8-megapixel
front facing camera with a wide-angle lens and a flash module. 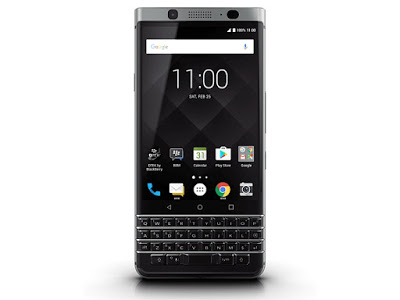 BlackBerry KEYone gives 32GB of inbuilt
storage that is expandable via microSD card (up to 2TB). The new KEYone comes
with standard set of connectivity options, including 4G LTE, Wi-Fi 802.11ac,
Bluetooth v4.2, NFC, 3.5mm headphone jack, and a USB Type-C port.
It runs on a 3505mAh battery  and support QuickCharge 3.0 with a ‘Boost’
charging feature that gives 50 percent charge in “roughly 36
minutes.”
For the pricing, it goes for £499
($645).