Skip to content
While Blackberry Mobile has been teasing us with Blackberry Mercury, there’s another BlackBerry-branded device manufactured for the
Indonesian market that has yet to appear fully. 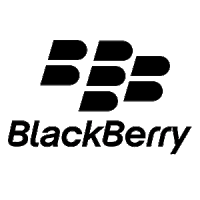 News about the leak BlackBerry smartphone that could be
build by PT BB Merah Putih surfaced last week. The device goes by code named
BBC100-1 and is likely to be aimed at emerging markets like Indonesia, India
and the Philippines.

The said smartphone is will pack a 1.4GHz Qualcomm
Snapdragon 425 processor, paired with 4GB of RAM and 32GB of internal memory. A
5.5-inch display that supports HD (720p) resolution will be included too.  On the back, the BBC100-1 will feature a
decent 13-megapixel camera, while in the front there should be an 8-megapixel
selfie camera. We’ve also learned the smartphone will be powered by a 3,000 mAh
battery and will offer dual-SIM support.
A couple of things stand out here. Aside from the processor,
the specs seem decent and dual SIM? That would certainly be a first for a
BlackBerry. More details coming soon.
Via Crackberry