Skip to content
We’ve heard so many rumors and leaks about the Nokia 8 and
yesterday, Nokia’s Chinese website put up a promotional image for the
yet-unannounced smartphone, as evidenced by the screengrab you can see below.
We assume this was a mistake by the webmaster, since HMD still hasn’t unveiled
the Nokia 8. 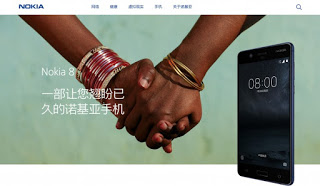 The screenshot clearly reveals Nokia 8 in its full glory and
also confirms the name leaving very less to imagination. The Nokia 8 in the
official image looks better than the leaked renders before, as one can see and
compare in the images below. 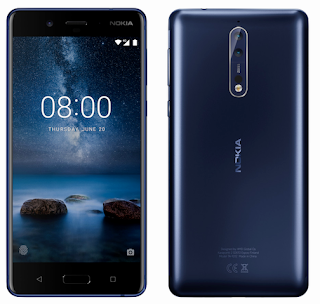 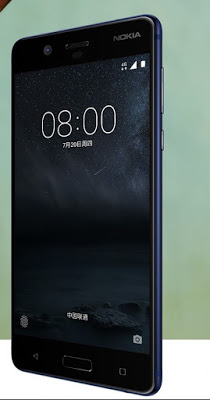 Rumor has it that HMD will be announcing this Android 7.1.1
Nougat-powered phone on July 31, and with its recent appearance in the FCC
database as model number TA-1012, that seems like a distinct possibility.
The Nokia 8 should come with a 5.3-inch QHD touchscreen, and
the Qualcomm Snapdragon 835 chipset at the helm. Its dual rear cameras will be
Zeiss branded, each having 13 MP resolution.
Depending on which exact model you
buy, you’ll get either 4 or 6GB of RAM, and the handset will run Android 7.1.1
Nougat. As for pricing, an unlocked unit will cost around €550-600 according to
past rumors.