Xiaomi is not taking things easy… Xiaomi MI 5X is about to get a successor
dubbed Mi 6X. the Mi 6X looks to be having iPhone X-style vertical dual-rear
camera arrangement from the leaked images seen.

From this image below,  the Mi 6X might be sporting a 5.99-inches Full
HD+ 18:9 display and if rumors are to be trusted, the Mi 6X will be powered by
the Xiaomi’s own Surge S2 chipset which is expected to be announced at the MWC
2018 event next month. 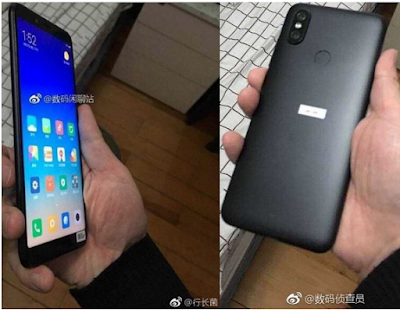 The Surge S2 is an Octa-Core chipset clocked at 2.2GHz with
Mali-G71 MP8 GPU with support for UFS2.1 and LPDDR4 memory.
Nothing much is known in terms of specifications, but there
are reports which claim that the company would at least tease or showcase the
phone at the MWC 2018 event along with the rumored Mi 7.
Source: Via