If your Android phone is lagging, losing battery life too quickly, or is overheating often, then you should be worried because it might have been hijacked by a cryptocurrency miner. These symptoms may mean you’ve been the unfortunate victim of a cryptojacker.

These are the guys and gals who are figuring out complex problems to earn a new Bitcoin, or one of several other virtual currencies. 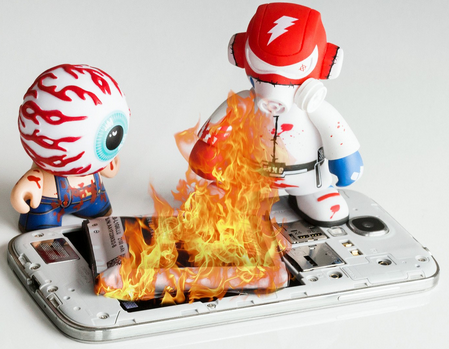 These mathematical problems, used to verify cryptocurrency transactions, require serious processing power, more than what is available from a single smartphone.

So the latest scam involves cryptocurrency miners taking control of multiple Android smartphones and linking their processing power. This is accomplished by having ignorant smartphone users install an app that has malicious software inside.

According to a new report from ESET, Bug Swasher, a game loaded from the Google Play Store between 1 million and 5 million times, was mining cryptocurrency without the knowledge of those who installed the game on their phones.

Forget the fact that Google announced earlier in July banning CryptoCurrency mining apps, even Google doesn’t know which app has been crytop hijacked. This is why extra security measure is expected from Google to protect users.

What to do to Prevent Crypto Hijacking Your Android Phone

22 thoughts on “Is Your Android Phone Slow, Overheating and Loosing Battery Quickly? it might be hacked”