Skip to content
Bitcoin has been falling since the beginning of this year
and to make matter worst, yesterday Google announced that it will no longer
allow cryptocurrency-related ads on its platforms. The market sunk, fell and
almost collapsed as news spread.
Facebook Inc., Google’s primary rival for ad dollars, banned ads for cryptocurrencies in January. It will interest you to know that Facebook and Google
control somewhere between 60% – 70% of the online advertising market, so no
one wants to be on their bad side. In a blog post on Tuesday,
Google announced that it would follow in Facebook’s footsteps and ban cryptocurrency ads
from its network, beginning in June 2018. 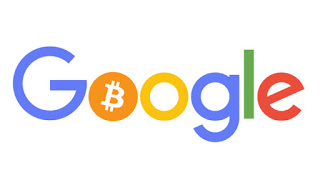 What this means is that Google will now prohibit promotions
of “Cryptocurrencies and related content, including but not limited to initial
coin offerings, cryptocurrency exchanges, cryptocurrency wallets, and
cryptocurrency trading advice.”
Just seven weeks ago, Prodeum ICO runs a way with investors
fund and leave a dick head on their website, transfers all the ethereum to
another account were left lamenting in their bedroom. Bitcoin Connect exited
the cryptocurrency scene, closed their lending program and left with investors’
money.
As it is now, nobody knows the future of cryptocurrency,
bitcoin is not an investment scheme, it is a virtual currency, making it more
volatile. You can trade with it with other altcoins and make your profit but it
is not an investment.
My advice, be careful of the cryptocurrency you invest in.
be careful of what ICO you jump into… It’s easier to make and loose thousands
of dollars within seconds in cryptocurrency.