Skip to content
I’m
not a fan of the reality TV show but I found this article interesting to share,
culled from The Nation.
The
Reality TV Show, Big Brother Naija started on 28th January,
2018, with twenty housemates going into the house in South Africa, to compete
for the prize. The winner is to get prizes worth 45 million naira (25 million
naira cash, a brand new SUV Jeep, and other prizes).
Twenty
housemates are in the house competing this season. The show is to end in April.Viewers
vote for their favourite housemates to keep them in the house, as the one with
the least vote gets evicted from the show. 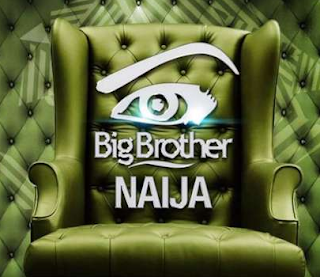 There
have however been a lot of criticisms to the show. Critics believe that the
show encourages sexual immorality. An example is what has been trending online
between two housemates, Teddy A and Bambam, having sex in the toilet.
Another example is Miracle, who has engaged in similar acts with female
housemate, Nina.
Housemates
have constantly engaged in fights and disagreements, amongst themselves, so far
in the show. Cee-C is one person that comes to mind in this regard. She has had
issues with housemates like Lolu, her former partner, Ifu-Enada, Alex, and even
her former strategic partner, Tobi. As youths, we begin to wonder what this
show teaches us. Are we supposed to learn how to fight one another from the
show?
Last Sunday, Leo and
Ifu-Enada were evicted as a pair, causing Alex, who really liked Leo to cry
uncontrollably. This was the fourth pair leaving the house.The remaining
housemates are playing as individuals, and will be evicted individually from
this Sunday.
Do you watch Big brother Naija?

21 thoughts on “#BBNaija: What does Big Brother Naija add to us?”