Subscribers are not only lamenting, but also not happy about the indefinite closure of Kwese Satellite TV even though their subscription is still running.

Kwese Satellite television was only in operation for 18 months and now they are shutting down their operations. They’ve not met up to expectations; competitors are seriously frustrating their efforts hence they decided to give up the ghost. 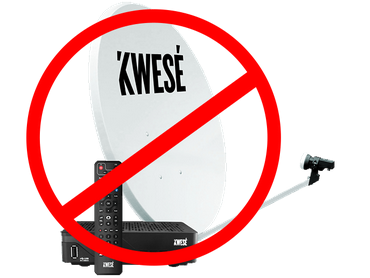 Kwese’s parent company — Econet Media — said the development had been necessitated by a review of its business strategy and service offerings.  It added that the company was also aligning itself with changes in the global digital and satellite broadcasting sector, as well as the growth in access to mobile and fixed broadband on the continent.

“Kwesé subscribers, who have already paid their subscriptions for the month of November, or in advance, will receive a full refund,” says the management.

Kwese was launched in Ghana, Rwanda, Zambia, and Nigeria in 2017 as an alternative service to MultiChoice DStv but subscribers are groaning that it lacks adequate content.

Now that Kwese Satellite TV  is dead, what will be the fate of MultiChoice DStv in 2019 considering threats from competitors like Netflix?