Internet subscribers took a different turn, as Telcos competition tightens… Nigerians decides which network is best for them.

According to the latest reports from NCC, MTN edged out Airtel for the first time in 5 months, gaining a total of 488,120 internet subscribers in the month under review. 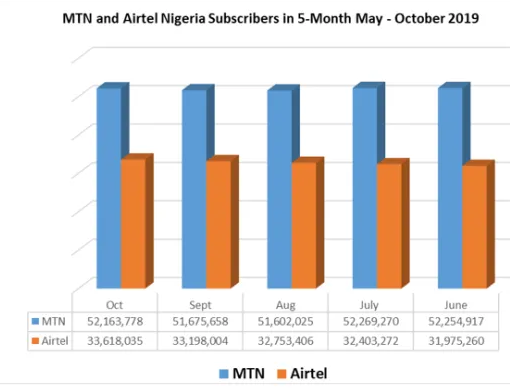 2. Airtel, which had led the way in recent months in terms of gainers, recorded a slight drop. In October, it gained 420,031 internet subscribers, compared to 444,598 gained in the previous month. Airtel Nigeria continues to witness additional internet subscribers on a month-on-month basis.

Just recently the network launched a revamped data plan which is disguised is to woo runaway customers back to the network, but subscribers are still complaining…

Subscriber’s complaints that Airtel Data is fast, but it depletes fast, the same thing applies to MTN. However, Glo data is cheap but could take an eternity to load a page. 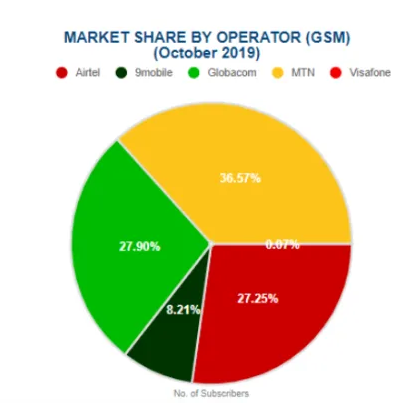 Globacom is 50.25million, while 9mobile continues its free fall with 14.7 million subscribers left.