It was reported here sometimes in May 2019, that beginning from this year 2020, WhatsApp will start displaying Ads through your status update timeline. However, something has changed. The group has been dissolved.

According to what Wall Street Journal is reporting, the team that had been working on building ads into WhatsApp was disbanded in recent months, with their work subsequently “deleted from WhatsApp’s code.” 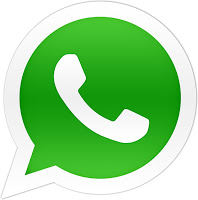 Though Facebook still ultimately aims to integrate ads into WhatsApp’s Status feature, for now, the app will remain ad-free. The company’s desire to monetize WhatsApp, which it acquired for $22 billion in 2014 with billions of users onboard the app.

Initially, Facebook plans were to tailor recommended ads on your WhatsApp stories suitable for your viewers, but since the team behind it has been disbanded, then don’t expect to have ads on your status anytime soon.

WhatsApp Status feature which was introduced earlier in 2017 allows users to share photos, videos, and GIFs as your status(i.e. stories) which will auto-destruct in 24 hours. It also allows you to share your Status as Facebook stories.

What do you think about this?