Skip to content
Have you ever imagine you in the spirit
of 4G LTE? Just one click in one second and your download is complete. Tecno is
set to release another crazy device but this time it is 4G LTE connectivity
enabled
(OMG! Nothing is so annoying like
surfing within slow network parameters). 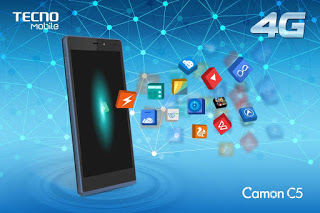 Tecno Camon 5 is the latest flagship of
Tecno to run on Android 5.0 Lollipop; no much is known about the spec yet but
Camon C5 will have an 8MP camera with dual LED flash from the pictures I have
seen, it will also be powered by Android Lollipop and is expected to have
either 3GB RAM. Am not really sure about the RAM being 3GB as this puts them
right at the top in the smartphone chain but we will have to wait to see if
this turns out to be true. 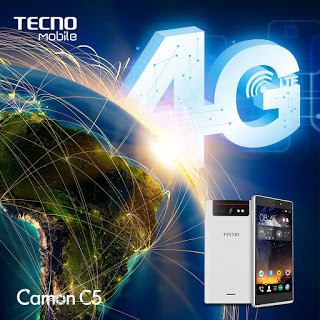 The Tecno Camon C5 has a metallic frame
with a 5 inch display. Not much about the processor and internal storage in
known but I expect it to have 16GB/32GB of storage space with a microSD card
slot.
Though we are still waiting for Tecno
to officially announce the Camon C5 soon. Could this also be the future of
Tecno Android devices?
My question for Tecno is will the rest
Tecno devices ever get Lollipop update?