Skip to content
Those of you that has been cussing Xiaomi Redmi note2 which
was newly launched, comparing it with Tecno or Infinix  need to know that, Xiaomi Redmi note2 is an
international brand and you really can’t compare it with Infinix or Tecno
brand. It will shock you to know that under  12 hours of launching the 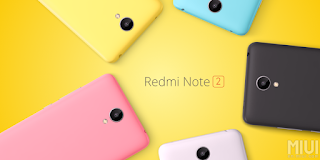 The device is not just crazy but a kind of exceptional and
pocket friendly. The spec is impressive, a key reason for the high interest is
the MediaTek HelioX10 chipset, which is used in handsets that other manufacturers charge up to
four times’ more for, like the HTC One M9+.
With the Redmi Note 2 starting at just $128, (N40,000) a next-gen processor
certainly adds to the appeal.
Well, you can see more about the spec here. You can buy it
in Nigeria from Kulimart.com