Skip to content
What on earth are you still doing with Android 4.0 when
google is already thinking of releasing Android N 7.0 second half of 2106. A lots of devices will be
getting Android 6.0 Update come 2016 including our beloveth Tecno devices. It
baffles me a lot to see people still using Android 4.0 when lollipop has been around
for quite some time now. 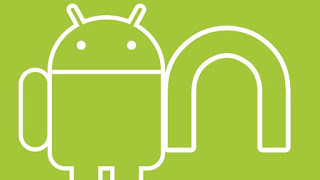 And the funniest aspect of this is most of this devices
still running kitkat already have lollipop update available for them but they
just refuse to update. While some other users who already updated their devices
are reverting back to Android kitkat due to some reasons I don’t know. Some people says
because they can’t tweak Android lollipop, some said rooting stuff bla blah
blah…
Now, Google is already thinking of the name to give the next
Android N, and I want to ask you, why are you still using Android 4.4 Kitkat
when you have Android Lollipop 5.1 at your disposal?

22 thoughts on “What Are You Still Doing With Android 4.4 KitKat When Google is Already Thinking of Android N?”