I
don’t know why Android is so vulnerable to attacks from hackers… that was why I
asked if you still believe that Blackberry 10 will live on.

To
all Android users, there is another dangerous malware in town called Xbot. Xbot
is really dangerous as it steals your banking information and acts as a
ransomware, locking down your device and forcing you to pay.

Apart
from stealing your information and sending it to Xbot’s C&C server, the
device can lock you out of your device and force you to pay $100 through
PayPal. 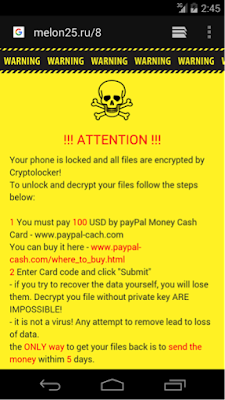 How
Does it Work?

You’re
trying to launch your online banking application but the activity is hijacked
and you end up launching a clone of that app that’s actually being server
through WebView. Xbot has some additional capabilities. It will collect all
contacts’ names and phone numbers and upload them to its C2 server, as well as
all new SMS messages.

According
to researchers at Palo Alto Networks on their blog post;

…
While Android users running version 5.0
or later are so far protected from some of Xbot’s malicious behaviors, all
users are vulnerable to at least some of its capabilities. As the author
appears to be putting considerable time and effort into making this Trojan more
complex and harder to detect, it’s likely that its ability to infect users and
remain hidden will only grow, and that the attacker will expand its target base
to other regions around the world…

Meaning
if you are running below 5.0 Android OS, you are more expose to this attack. This is one
of the major reason Google normally updates its OS to combat this kind of
attack. I’ll advice you to upgrade to the latest Android OS if an upgrade is
available for your device. Sticking to Android Kitkat is not the way forward
but the way backward. 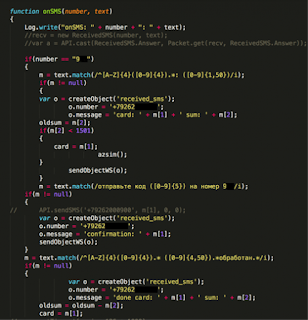 How do I Protect
Yourself

29 thoughts on “Android Users Beware! This Trojan Will Hijack Your Banking Details & Log You Out of Your Device “Xbot””