Skip to content
Gionee
want to prove to you that Flip phones aren’t dead yet. The latest Gionee W909 phone
is a flip phone, it has high-end specifications and runs Android 5.1 Lollipop
behind Amigo OS. 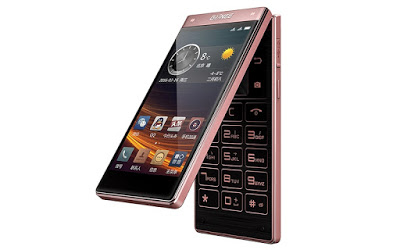 First revealed through TENAA, China’s version of the Federal
Communications Commission, the W909 features two 4.2-inch displays on the front
and back of the phone, with both offering a 1,280 x 720 resolution. A
16-megapixel camera sits above the fingerprint sensor, which is quickly
becoming a common feature in modern smartphones but is incredibly rare for a
flip phone. Meanwhile, a 5MP shooter sits above the interior display,
though it probably would have made more sense to have it sit above the exterior
display. 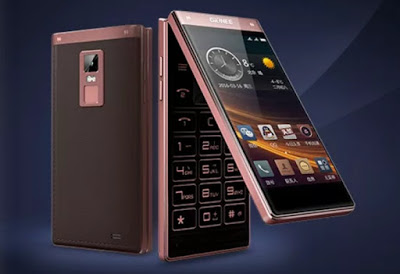 Gionee
W909 has a 4GB RAM and it’s powered by Helio P10 chipset with an octa-core
processor. There’s an internal storage of 64GB and this can even be expanded
through a microSD card slot.
The
device comes with USB Type-C connector and a battery capacity of 2530mAh.
Finally, the W909 is stuck with Android
5.1 Lollipop, with Gionee’s custom Amigo UI layered on top. It comes with
a price tag of  $615.
What
is your take on this?

26 thoughts on “Have You Seen Gionee W909, A Premium Flip Phone With Dual Display?”