Skip to content
I have been thinking since last weekend the way MTN NG is
going, they’ll do something Amazing and of a truth, they have something bigger
in mind. Sometimes last year, MTN launched 4G LTE in Cameron which was
published here… and now is the shocker; MTN will be launching 4G LTE in Nigeria.
It sounds like a shocker but I can tell you that Ntel might be
in trouble with this shocker news.
MTN Nigeria is set to roll out its Fourth Generation Long
Term Evolution (4G LTE) broadband services latest by July 2016 in selected
cities, using the 800MHz frequency acquired from Visafone Ltd earlier this year.
MTN plans to have about 1,500 LTE collocated sites back-hauled with fibre optics
this year. 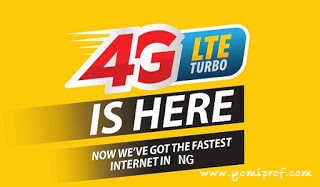 According to MTN executive office, Mr Fedinand Moolman “that the main reason MTN acquired
Visafone was to get access to the frequency which would allow it roll out LTE.
He said that MTN has started the process to migrate all the Visafone
subscribers onto its network so that they can clean up the frequency and start
rolling out LTE.”
I’m pretty sure you know the first 3 cities to test MTN 4G
LTE network when the roll out begins… So Visafone acquisition was not a waste. I’m
loving this game because competition will now be higher than before.
You don’t know the value of SPEED until you’ve watched “The
Flash”, where Barry Allen practically shows you the meaning of 4G LTE speed. Those of
you still using infected, defected and relegated 3G Mobile enabled smartphone should
just take a minute to mourn your device because you may not taste 4G LTE until
you have a 4G LTE enabled device.
What do you think about this gorgeous step by MTN Nigeria?