Skip to content
I carefully looked at my old ancient InnJoo i2s announced September
2014, and flashed back to when it was first launched how everyone wished to get
one. It was the talk of the town before InnJoo Fire cat walk into the scene;
and the sales were massive. But now, InnJoo seems to be silent and not just
silent but asleep.
I checked their forum and it’s more or less like a graveyard.
While other brands are busy amusing their fans and users, InnJoo seems to be in
a long walk away from home. The question is what is happening to InnJoo? They
haven’t even unveiled want they have to offer this year 2016 and the year is no
longer a virgin. 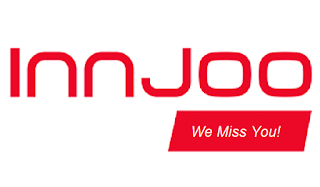 Other brands have already unleashed minimum two devices into
the market while the ultimate Mortal Combat InnJoo have totally forgotten about
their users, no updates, no upgrades and everyone kept asking when is InnJoo
going to release Lollipop update for InnJoo Fire Plus and others. The bad news
is that I don’t think these devices will ever smell update.
Or could it be that InnJoo might be cooking something that
they don’t want the public to know about? I pray they wake soon. Or what do you
think is happening to innJoo?

33 thoughts on “What is Happening to InnJoo?”