Skip to content
Hello guys, this post might be coming late but it’s just an
update on Lara with me. There was an attack on it on telegram and for the past
days, it has not been paying. Some user gang up against it and report it as a
scam bot which is not true. Larawith me was paying daily and constantly before
the massive attack.
Telegram from their end deactivated the automatic paying
feature and the manual payment is not working as expected due to huge
investors. 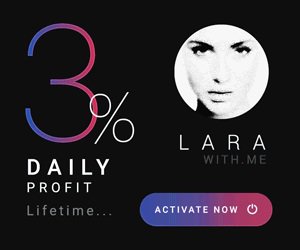 For now Lara with me is sick and the creator promised to
bring it back in 10 to 14 days. So I’ll advice anyone not to invest in it for
now until she fully recovered from the attack.
Larawithme was not the only bot that was affected, Coinr.me
was equally affected. So do not invest your money in Coinr.me or Larawith me
for now. It is not wise to do that.
Thank you.

32 thoughts on “ATTENTION! Larawith me is Sick”