Skip to content
In Part 1 of this series, I had
treated some Pitfalls threatening your success as a Blogger. If you’d missed it
then I strongly suggest you go read it before going ahead with this. You
probably already have some questions from Part 1, just drop them as comments,
I’ll treat them in Part 3.
Lets go back in History to the
battle of Cannae; 2nd of August 216 BC, Apulia, Southeast Italy. The
Carthaginian army under Hannibal Barca (40,000 – 50,000 strong) was faced with
the Roman army under the consuls Lucius Aemilius Paullus and Gaius Terentius
Varro (about 80,000 strong). General Hannibal had lost a great chunk of his
army crossing the Alps (one of the world’s most unforgiving terrain) into
Rome’s back door, a costly move aimed at surprising the Romans. Those of his
men (and battle Elephants) who were able to survive the Alps were exhausted but
had to go into battle anyway.
Now, the Romans (logically
speaking) were supposed to deal Hannibal’s army a humiliating defeat. They
chose a frontal attack formation with depth (aimed at dividing Hannibal’s
forces from the center) while Hannibal’s formation was designed to have a
relatively weaker center. All seemed to be going well for the Romans as
Hannibal’s formation was caving in at the center but the story changed as the
Roman’s suddenly realized that Hannibal’s formation was designed to surround
them on all sides. The end result was Rome losing 60,000 – 70,000 of its men
(most of the rest taken prisoner) while Hannibal lost just 8,000. 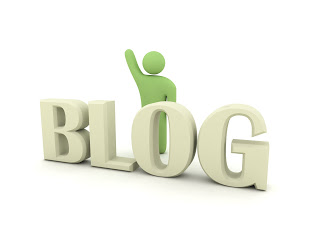 Back to the preset. I’m pretty
sure you’re wondering what that history lesson has to do with creating a
successful Blog. When starting up your Blog, you’ll come across previously
existing Blogs, much bigger, more fans, more cash, better design, killer
content…and you’re left wondering if you can compete. What Hannibal has
taught us is that you need to identify your strengths & weaknesses, then
build your strategy around them. Trying to face the competition in his / her
game and rules will get you nowhere. I’m not asking you to see other Blogs as
rivals or enemies but getting to the top is pretty much a battle.
Tactics
Pick a niche you’re passionate
about, you’ll find it easier to succeed.
You might note I said
‘passionate’, not ‘knowledgeable’ or ‘profit oriented’.  When you have
passion for a niche, you’ll find it easier to learn and talk about it.
Producing content would be easier as you’re in familiar terrain. If you enjoy
what you blog about enough then you’ll be encouraged to gather more knowledge
about it. As I said in my previous post, the only difference between a Guru and
Novice is the time they’ve each devoted to acquiring knowledge. If you pick a
niche because it looks cool, is in demand or your friends are into it then be
prepared for a long haul. Very importantly, you don’t have to be a Guru to
Blog, the willingness to learn (and learn fast) is all you need.
Know your visitors, the positive
energy will help you
As a less known Blogger, every
visitor to your Blog is Golden. If you’re able to get a phone number or email
address then try to check up on them once a while just to say Hi. If you have
the Birthday then try to send a Birthday message.  Don’t forget that
200,000 monthly page views begins with 20 monthly pageviews, If you can do
anything extra to help them find something on your Blog then go all the way.
You’ll be amazed how fast you’ll attract more people.
Kick
out contentious visitors, you don’t need them anyway
A Blogger contacted me a while
back. He said his Blog had begun gaining traction and people contacting him on
Whatsapp but he didn’t know how to get such people to post on his Blog instead.
My answer was straightforward; “Ask them to comment at your Blog and
you’ll be happy to help”, I said. You’ll come across people who want you
to spend time with them privately, answer them quickly, provide everything they
need for free but such people will never comment or contribute at your Blog
(because they say it’ll be slower) or even insult you when you don’t meet up to
their expectation. My advice to you is to kick such people out of your Blog and
Life, you’ll be better off.
Watch your traffic source,
everybody else is watching it
A Blogger contacted me some
years back. He said all Ad networks he’d applied to kept rejecting him. This
was quite weird as even easy-to-join Ad networks wouldn’t touch his Blog with a
long stick. I looked through his content and they looked OK. Next up was to
check his traffic source, and then I saw why nobody wanted anything to do with
his Blog. Apparently, he wasn’t getting much traffic so he decided to increase
his daily pageviews by submitting his website to be crawled by bots daily. So
this guy just wanted to see ‘5,000 views today’ on his Blog, 5,000 junk
views. He had effectively put his Blog on many Blacklists just because he
wanted to see ‘5,000 views today’.
If nobody copies your content,
then you are nobody
When you are out of ideas what
to write about, you are better off not copying other people’s content because
it’ll come hunting your Blog later. Your focus should be to write content so
well formatted and useful that people will naturally engage with it (comment or
share). If nobody is referencing any of your numerous posts then its a sign
that you might be doing something wrong. In Blogging, less is usually more.
Ask for help, you’ll be amazed
how easy it is to get
Ensure to build connections with
other Bloggers in your niche. You’ll be surprised how much established bloggers
are willing to help you for free. Its also important that you keep such
relationships mutual. If all you do is ask / only contact them when you need
something then you’re a Parasite. Try to genuinely contribute (in your own way)
to other Bloggers you wish to build a relationship with. If you use their
content, show appreciation by giving credits.
Keep your website’s design
simple and easy to access / navigate
If you know any website which
people visit constantly just because it has an awesome design then tell me!
Visitors are interested in getting what they have come to your website
for. If you’re unable to deliver that on time then you’re at a loss. I
recall visiting a website and having to wait several seconds because an awesome
‘loading website’ animation hijacked the entire page till the whole content was
ready to be rendered. I’ve also come across Blogs that are a no go area on
mobile devices. All of these won’t help you.
Know your Blog’s finances,
that’s how it’ll survive
Just because you’ve not begun
making money from your Blog doesn’t mean you need to Blog with apathy. There’s
something called a Gestation Period. You are required to invest money and
effort for a while without seeing much visible results. During such a time,
your Blog is growing from the inside but looks static on the outside. You need
to stay persistent and optimistic during the slow times. Every successful
blogger experienced it, its perfectly normal. You need to know how much it
costs to maintain your Blog and strive to attain a self sustaining system (a
Blog that pays for itself); this is a crucial milestone.

Try to build a Blog that can
survive without you
Very few Bloggers have
continuity in mind. What happens when you travel, fall sick, have exams or even
pass on? Everything you do should be aimed at building your Blog around a brand
and not a single individual. Every decision you make should be with the goal of
having employees some day. If you’re however OK with running it all by yourself
then that’s OK.
See you in Part 3 (Courtesy of Hovatek)