Skip to content
It is not everyone that love to 5inches smartphones, some
like it small and portable that is why Unihertz, a China-based company present
you with the smallest 4G smartphone called Jelly, measuring  92.3 x 43 x 13.3 mm. It is meant to be an
alternative to your bigger smartphone.
Jelly sports a 2.45-inch screen with 240 x 432 pixels, and,
compared to most handsets currently on the market, it looks like a toy. And yet
it’s a fully fledged smartphone that runs Android 7.0 Nougat and has support
for 4G LTE. 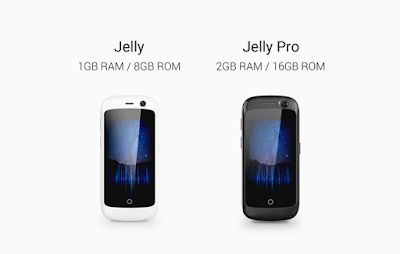 Highlight of the spec
The best thing about Jelly isn’t its specs — it’s the price.
The early-bird pricing for the device through the Kickstarter campaign
is $59 for the base model and $75 for the Pro, which makes it one of the
cheapest ways to get the latest and greatest version of Android.
Get it here

10 thoughts on “Meet Jelly, The Smallest 4G Smartphone( 2.4inch) Running Android 7.0… Gives You All You Need”