Skip to content
iOS 11 developer beta has been around for a while and right
now, Apple has released the public beta for iOS 11. The Public beta does not
require a developer account and anyone with an Apple ID can download it.
While the iOS 11 developer beta comes with redesign dock,
dark mode, unfload unused app, a design control center and lots more. 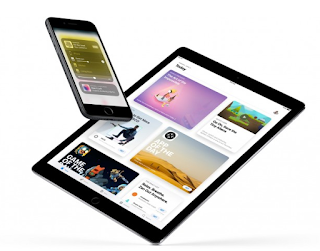 Where Can I Download it?
Go to beta.apple.com/profile to download the configuration
profile for your device.
Once you install, you will be asked to restart your iOS
device. After the device restarts, navigate to Settings > General >
Software Update and you will see the public beta as an update just as you would
any other iOS update.
Since it’s a public beta update, definitely there will be
bugs. So if you don’t have any redundant iOS devices, I’ll suggest you wait for
the final version when it released.
via