Skip to content
This
may not be sounding nice but we are about to conduct a wedding solemnization of
two Telco’s Globacom and Etisalat.
Though
Etisalat has been involved in some earlier saga with 12 banks in Nigeria to
the point where the banks almost take over Etisalat managements but NCC came to
their rescue. Etisalat recently offered 5% equity stake to the banks in lieu of
the loan but the banks rejected it. 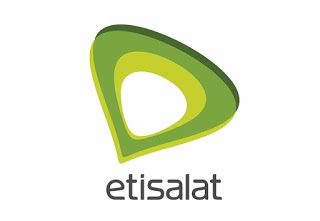 Remember
that
Last
month Data from NCC revealed that MTN has the largest subscribers data base of 60.3
million subscribers, followed by Glo 37.3 million subscribers and  Airtel 34.6 million. Etisalat been the nicher
has 18Million subscribers data base.
This
is Why Glo Might be Interested in Acquiring Etisalat
1.
Globacom can significantly get the number two position by acquiring etisalat
subscribers (37.3M+18M subscribers).
2.
Revenue generated from data is suddenly beginning to outweigh voice and SMS
hence consolidation is expected. Also remember that Etisalat has a competitive
advantage in its data services and a possible merger with Globacom, would
enable the company to offer cheaper data services.
Glo
currently offers the cheapest data plans in the country per GB, so owning
Etisalat’s 18m subs instantly increases their avg. revenue per user.
This
Might Definitely Happen if This Rumor is Real
>>Smaller
players like Ntel, spectranet, Smile will do all they can to kick against the
deal because it will give Globacom undue advantage since Globacom has dedicated
fibre-optic infrastructure and afford to offer the cheapest data plans to her subscribers
>>The
merger could lead to job loss from Etisalat since it is the smaller firm.
Take
this info with a pinch of salt until when confirmed!
Via