Skip to content
This to me is a good news because I have a lot of things to
write about but the limitation of 140 character count on twitter is freaking
annoying. For the first time in 11years, twitter increase character count of
its post ‘called tweet’ to 280
characters.
The change is being rolled out to a small group of users
right now and will be available to everyone soon. The 140 character limit is a
remnant of the past back when the site had a feature to send tweets over SMS.
In order to fit a tweet into the 160 character limit of a single SMS, along
with some extra characters, the length of a tweet was limited to 140. 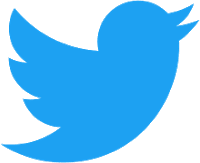 However, the new features will not be rolled out to Asian
users in China, Japan and Korea as the nature of their characters allow them to
express themselves in fewer characters. They can’t even use all the 140
characters talk more of using 280 characters. 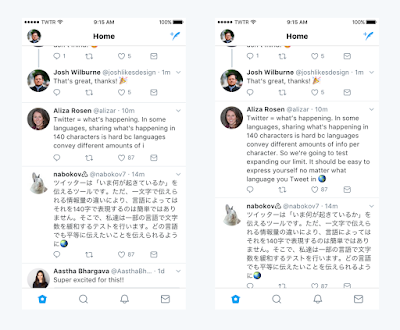 This is a good development I must say but I don’t know about
you?
Via: Twitter blog