Xiaomi will be launching new smartphones on Dec 7 with a full screen
display. At the moment, Mi Mix 2 is the only Xiaomi smartphone with full screen
display but that will soon change. the company has also revealed three major
features of the device — Full-Screen Display, Soft Selfie and 4,000mAh Battery. 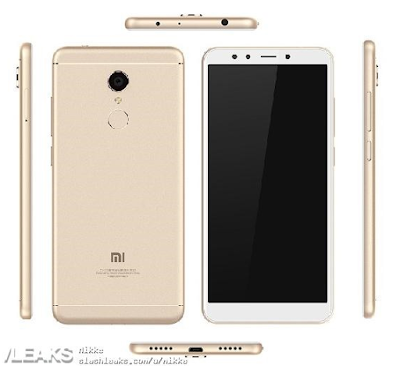 MP snapper on the back, with a 5 MP shooter for selfies.

Redmi 5 Plus is
expected to feature a 5.99-inch screen that will carry support for FHD+
resolution of 2160 x 1080 pixels and an 18:9 aspect ratio. It will be powered
by Qualcomm Snapdragon 625 processor, the same one that is powering the Redmi
Note 4 smartphone.
Camera-wise, it is expected to come with a dual camera
setup at the back, featuring a 12-megapixel primary sensor and a 5-megapixel
secondary sensor. It will run on Android 7.1 Nougat operating system based
company’s own MIUI.
Redmi 5 will be priced at $106, while Redmi 5 Plus will be
priced at $151.