Skip to content
What will you do with a smartphone with 512GB internal
memory? Huawei is here to change the game plan and no doubt that Huawei is
working on a Smartphone with a whopping 512GB of storage.
The device was first sighted on TENAA with a model number NEO-AL00
revealing 6GB of RAM and 512GB of storage. You don’t even need to think of
using external sd card on this device because this is more or less like
external hard disk that can make call and do everything expected of a
smartphone. 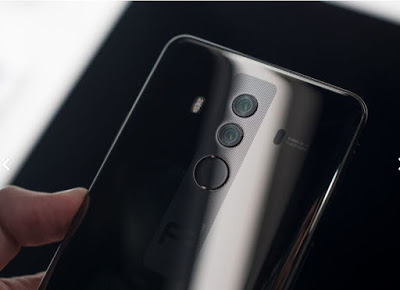 Latest reports suggest that the device may be launched as a
limited edition Huawei MateRS Porsche Design.
No information on the suppose specification for now other
than speculations that it might likely come as a rebranded Mate 10 Pro. No information on the release
date but Huawei is planning to unveil P20 series come March 27.
512GB onboard storage is an insane amount of storage up from
the usual 256GB that phones like the iPhone X can offer. That amount of storage
is bigger than most models of the MacBook Pro, and it would allow you to
download the Facebook app (400MB) more than 1,200 times.
it’s clear that the trend of large storage phones has begun.
Massive amounts of storage in phones is a lot of fun and will be particularly
useful for recording 4K video since every three minutes of 4K footage takes up
about 1GB.

22 thoughts on “Huawei to Launch Phone With 512GB Storage”