WhatsApp has been trying all they could to curb the issue of spreading fake news most especially via broadcast and forward messages. It appears the solution is gradually rolling out.

Users of the instant messaging app will no longer be able to forward messages to more than 20 people. 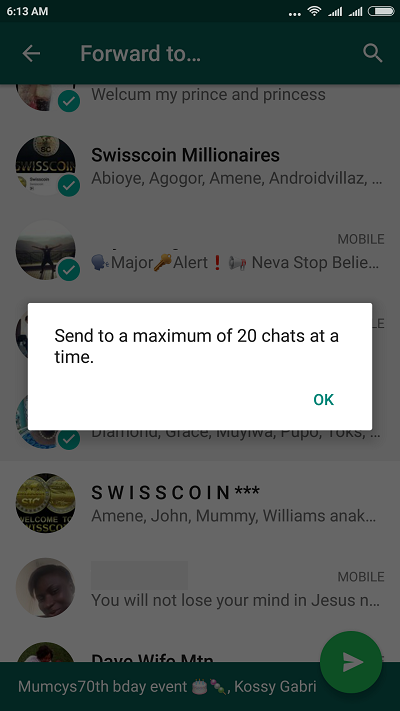 WhatsApp had previously introduced the ‘forward message indicator’ few weeks ago in chats to make it clear when a user has received a forwarded message.

The move is said to be targeted at fighting the spread of fake news, but, in Nigeria, it really is a double-edged sword. Forwarding messages to 20 people still appears to be too much – Maximum of 5 should be okay.

More social networks and online platforms are said to be considering copying the move.

17 thoughts on “WhatsApp Restricts Forwarding of Messages to 20 Users”