The largest subscriber growth has been credited to the digital transformation leader, Globacom, among telecommunications operators in Nigeria for the month of November, 2018.

According to the latest figures released by the Nigerian Communications Commission (NCC), Globacom recorded an increase of 1,691,133 customers within the space of one month. 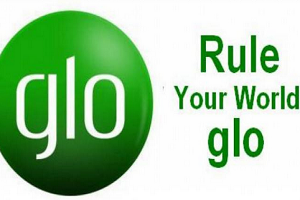 This has taken the total subscriber strength of the operator to 43,273,188 subscribers, which constitutes 26 per cent share of the market. Globacom had 41,582,055 subscribers in the month of October.

The report explained that Globacom gained 1,691,133 subscribers in November, 2018, with MTN grossing 1,323,282 and Airtel 849,173 new subscribers. On the other hand, 9mobile failed to garner new subscribers during the month under review.

Within the last few months, the company endeared itself to subscribers by rolling out customer-friendly products and services such as OgaSIM, which offers 125% data bonuses, Glo Yakata which rewards customers with amazing data and voice benefits every time they recharge their glo line and glo 1.2Gb for N200.

25 thoughts on “Glo Get 1.7million New Subscribers in 1month”