Do you know that 2G network still dominate the Nigerian telecom landscape… over 122.9 million citizen’s still uses 2G network in Nigeria. Then why are you not using this unlimited Airtel 2G data plans?

According to the recent statistics, only about 67 out of the over 174 million active subscribers in Nigeria have subscribed to the 3G and 4G network platforms so far. 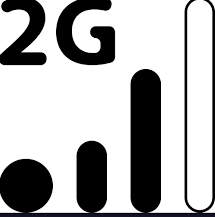 If about 64.42 of the population are still on 2G networks, then why are we talking about adopting 5G network? The commission claims Nigeria is ready to test 5G network, but 2G is still dominating. Meaning a larger population is still using 2G phones which may be fetching substantial revenue for telecom firm.

Do you still own a 2G phone? How often do you use it?

6 thoughts on “Over 122M Nigerians are still using 2G Network”