Earlier in December, we warned you of the latest Ponzi scheme in town RACKSTERLY, even though it appears as genuine, a lot of you invested into it, some of you criticized the post and even lure unsuspecting innocent people into the program. 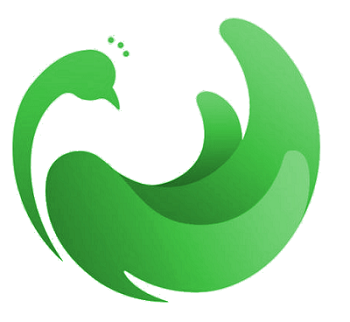 Right now, complaints have been flying right left and center about the scheme not paying those who are due for payment since December 31st, 2019. And the team behind the scheme is claiming that the Flutterwave payment system isn’t going through. 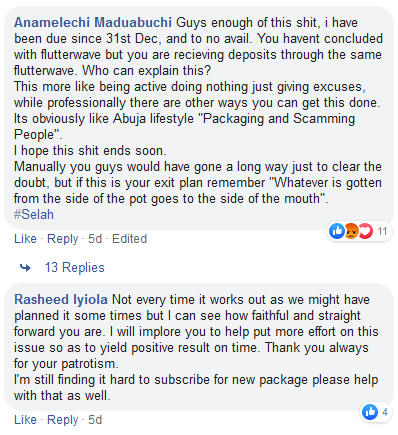 Guys enough of this shit, I have been due since 31st Dec, and to no avail. You haven’t concluded with flutter wave but you are receiving deposits through the same Flutterwave. Who can explain this?

This more like being active doing nothing just giving excuses, while professionally there are other ways you can get this done. It’s obviously like the Abuja lifestyle “Packaging and Scamming People”.

I hope this shit ends soon.

Manually you guys would have gone a long way just to clear the doubt, but if this is your exit plan remember “Whatever is gotten from the side of the pot goes to the side of the mouth”.

While another fellow Oh Biola believes that Racksterly is not gone; 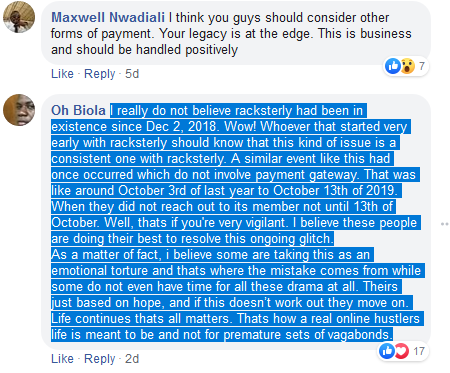 I do not believe Racksterly had been in existence since Dec 2, 2018. Wow! Whoever that started very early with Racksterly should know that this kind of issue is a consistent one with Racksterly. A similar event like this had once occurred which does not involve payment gateway. That was like around October 3rd of last year to October 13th of 2019. When they did not reach out to its members, not until the 13th of October. Well, that’s if you’re very vigilant. I believe these people are doing their best to resolve this ongoing glitch.

I believe some are taking this as an emotional torture and that’s where the mistake comes from while some do not even have time for all these dramas at all. Theirs just based on hope, and if this doesn’t work out they move on. Life continues that’s all matters. That’s how a real online hustler’s life is meant to be and not for premature sets of vagabonds.

Users are suggesting other payment methods but it appears the scheme is not ready to listen to the suggestions of its members. 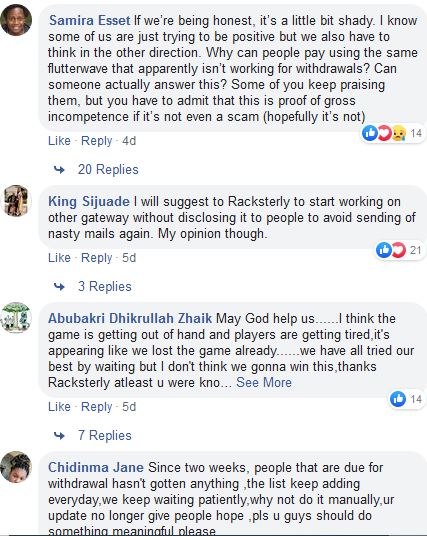 Normally, the scheme have a policy of not allowing cash out until the 30th day which in my own opinion is a little bit odd.

We want to know those of you who are into it and have received your payment between December 31st and January 16th, it will go a long way to encourage discouraged persons who are into the scheme.

Is RACKSTERLY gone or they are in hibernation mode?

13 thoughts on “Is Racksterly Gone, Casted or in Silent Mode?”