Skip to content
I don’t know how much we all crave for a cheaper internet
services but I know It’ badly. Smartphone without an internet connection is
just like a pen without a paper. Just recently, Airtel blocked their network
from working with PDProxy. However, if you have a Multilink modem, you can as
well use your pdproxy with it as it browses freely.
Airtel Bis: I Noticed some bug with this ish again and I
think I should touch it before some other persons will fall victim. Only if you
are not an heavy internet user should you go for Airtel 4GB for #1,500 i.e you
don’t download or stream too much; because Airtel 4GB is equivalent to Airtel
2GB. I don’t know why they refuse to adjust their server as the magical zapping
of data still continues. Though I don’t know if it’s all their plan or just this one alone. 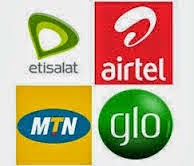 MTN Night Plan: If you are unable to activate Glo 3GB for 1k
which works on your Android, BB10 and PC then should you go for Mtn Night Plan.
And the only reason why you won’t be able to use this as an android users is if
you are using a Samsung Smartphone. Every other Android users can and should
give Glo Bis a trial. Samsung users should exercise a little patient so that I
can get the imei software ready for you all. Mtn Night plan gives you 4.5GB and
in most cases, you won’t be able to finish it except you are a heavy internet
users. It currently works on all platform including Nokia Java phones.
To activate, text 102 to 131 or dial *102# and it will be up
and running.
Glo Bis: This has been one of my best of all time. As you
are reading this post now, My Bis plan will expire December , 2014 with 12GB
unused. I used it on all my devices; when I mean all including iPhone/iPad,
Tablets, BB10 and PC. It is cheap and affordable. With #1,000, 3GB is sure for
you. Mind you, if you are an android user, you must tweak your imei before you’ll
be able to use this.
Etisalat: Etisalat bis seems to be operating in a state of Bermuda
triangle. I learn’t it works on Android and PC but doesn’t power BBM. As soon as
I get the full configuration, I’ll post it here for all to use. Remember that
my job is to make internet surfing cheap for everyone.

46 thoughts on “Affordable Data Plans For All Smartphones”