Skip to content
This is coming late but it’s still right on time. With the
way a lot of smartphones are surfacing this days, it’s paramount to know the
data plans that suite your device instead of spending much for a lesser data.
If your device is data less, then you are
not different from someone who is using a Nokia touch light.
MTN: A lot has been happening underneath the radar and I’m
pretty sure if you’ve been following me, you must have been seeing all the
updates.
Recently, MTN introduced unlimited free night browsing from
1am – 5am for only iPulse users. This plan is specifically good for students
who want to download unlimitedly at night. 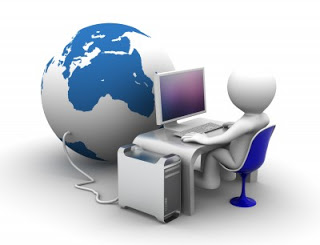 To enjoy this unlimited night surfing,
==> Migrate to iPulse by dialing *406# and
==> Use up to N200 during the day and you are good to go
at night.
MTN BIS at the moment is not working effectively but the blackberry10  BBLited and
BBMID is working flawlessly with Simple server. I’ll always advice you test the
normal BBlited daily for N70 if you have something heavy to download before extending it to a week to know if it will
work smoothly for you because some SIM are just Labor party inclined.
Note that
BBLited is capped between 5.8GB – 6.4GB if you are lucky.
MTN Better Me Data Plan: this plan is for all device, it
gives you 2015MB for N2,015. I’ll solely recommend this plan for iPhone, PC
users and window phone users.
But if you are such that can’t use up 500MB within a month,
I’ll advice you go with third party data sellers in which you can get 500MB for
N500.
Airtel NG: If there is anything I can boast about Airtel NG
is for the fact that their network reception is so strong almost in all
location; but their data plan is so fake like fake coupon code. The only people
that actually enjoy Airtel data plan are the Blackberry users because it’s
normal.
But on Android, PC and iPhone, it zaps like straw.
Android Plan
Airtel Android plan 1+1 can only be activated once. If you’ve
activated it before, you can’t activate it again the second time. Meaning, you only get 4GB for
N2k once, after then you go for the normal Android plan.
The plan works on PC, iPhone, Android, BB10, windows phone
and any other device.
To activate, dial *438*1# or *437*1# for 9GB & 4GB respectively.
Etisalat: Etisalat has proven to be one of the best in terms
of network reception and data management. Etisalat Android plan works on all
smartphones computers and PC. It is cheap, better than Airtel Android plan.
How to Activate This Plan
==>Dial *229*2*8#
You can also get 1GB for N1,000 by dialing *229*2*7#
Glo: Glo network has been so poor in most locations but with
time it will be solved. But glo data plan is still one of the cheapest for PC
users as you can get 4.5GB for N2,000.
Now tell me, which plan can be better than this awesome glo
package?