I know I’m not alone when I say
that one of the best things about Android is the way you can use third-party
tools and apps to replace what came with your phone. From the keyboard, to
the messaging app, to playing around custom rom,  to the launcher, and
more. Android is all about making your stuff feel like your stuff. It is either
you are the boss or your Android is your boss.

After using several phones that I had to
replace the launcher on for my own sanity, it’s time to talk about the great
custom launchers available in Google Play. 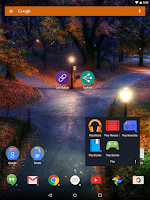 We’re going to start with asking
you which one we’re using. I’m totally digging the new ActionLauncher update, and have finally switched away from the Google Now launcher.

What about everyone else? Which
launcher are you using? Answer the poll, and we’ll talk more in the comments.

Which Launcher Are You Using?

15 thoughts on “Poll – What Launcher Are You Using?”