Skip to content
Necessary jealousy is suddenly taking over our
Telco’s. I believe you still remember the saga between MTN and NCC which is yet
to be resolve?… Gbam! Etisalat has instituted a legal
action against MTN over the acquisition of Visafone’s 800MHz spectrum.
According to a source,
Etisalat is aggrieved about the transaction, claiming that the South African
firm, which has been a dominant player in Nigeria, is enjoying too much
favoritism and that the deal would further give MTN more powers to dominate
other players in the industry. Etisalat was also said to be aggrieved that the
bid was not made open for other players to participate. 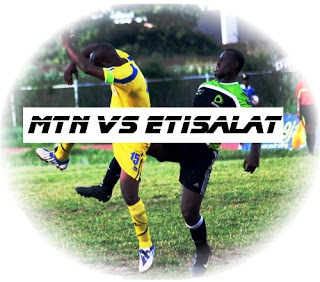 Etisalat’s Public
Relations Regulatory and Corporate Affairs Division Officer has confirmed that “The
legal action is considered necessary to prevent the use of the Visafone’s
800MHz spectrum by MTN at this time, as it will entrench the dominance of MTN
in the retail data services market.”
This is early Monday morning
wahala! Lets see where this is going to end…