Skip to content
What do you think would happen when the savior of a brand
end up been the Goliath defeated by a small brand? What do you think would
happen when your most adored brand failed to meet up to its expectations…?
This is the case of Blackberry Priv, it is really struggling
to survive in the market and customers are already returning the one they
bought because it did not meet up to expectations. BlackBerry, once a global
leader in smartphones, hoped the Priv, which features a slide-out physical
keyboard, and the first of its kind to run Google Android OS would at least get
the company back on its feet in the mobile devices business, but reverse is the
case. 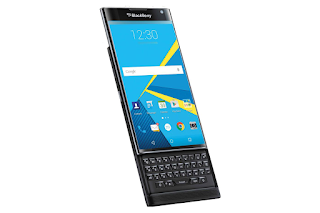 T-Mobile, one of the largest retail store in the US have
already stopped the sale of Blackberry Priv, AT&T one of blackberry Allie
is also backing out.
CEO John Chen said in October that the company would exit
the smartphone business, which has been on life support for years, if it cannot
turn a profit in 2016.
Since Blackberry couldn’t survive even while running on
Android OS, will it survive despite the facts that it has two more AndroidBlackberry devices to be release this year?
Blackberry Priv has failed the company; it has failed the City;
and it has failed her Customers. What will be  the survival fitness of Blackberry
smartphones in 2016 considering the fact the lord of the ring NOKIA is coming
back?

12 thoughts on “R.I.P Blackberry: Blackberry Priv Has Failed The Company, The City & The Customers”