Skip to content
Even as we await the launch of the Xiaomi Mi5 S, an enhanced
version of Xiaomi Mi5; it will be the first to use the ultrasonic fingerprint
scanner made by Qualcomm. That means that the biometric reader will be embedded
under the screen. 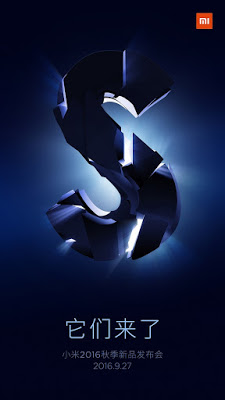 It will be a 5.15 inch display with a 1080 x 1920 resolution
coming with 821 chipset, Quad-core 2.15GHz CPU and Adreno 530 GPU.
16MP rear camera which offers 4-axis OIS, PDAF focusing, and
an f/1.8 aperture.  It will like come in
3 variants in which the first will come with 3GB of LPDDR4 RAM
with 64GB of internal memory. Another features 4GB of LPDDR4 RAM and 128GB of
native storage, and there is some talk about a version with 6GB of LPDDR4 RAM
and 256GB of flash memory. And Android 6.0.1 is pre-installed.
It will come with 3490mAh battery
capacity with support for quick charge 3.0. Xiaomi have started sending out
invitation of the launch on 27th of September 2016 at China National
Convention Center Beijing in China… then the price of Mi 5s will be unveiled.
However, leak images of Xiaomi Mi 5s
has surfaced online as seen below; 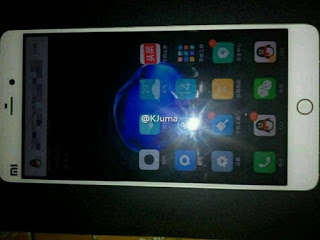 It matters a lot when a device is a
monster.
Via: MySmartprice