Skip to content
This is what  I called
technology… Charging your device at the speed of shock! It is an abuse on
technology if it takes 60minutes to have a full charge on your device. However,
Meizu took the world by storm when it announced Super mCharge technology at MWM2017. 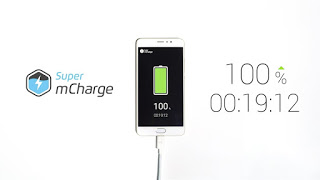 Super mCharge is rated at 55W (at 11V/5A), which is
dramatically more power than Motorola’s 28.5W TurboPower or Qualcomm’s 18W
Quick Charge 3.0 methods. According to Meizu, that’s enough to fully charge a
3000mAh Super mCharge-rated battery in just 20 minutes, which is certainly
impressive if it actually holds up in the real world.
This time around, the mCharge was demonstrated at Meizu’s
headquarters in the presence of a visiting Taiwanese reporter. 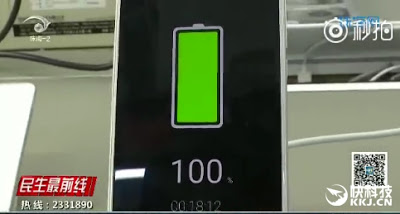 From the reporter’s perspective, he was able to record only
18 minutes and 12 seconds as the time it took a phone to go from 0 to 100%. The
reporter also noted there was no heat despite the super quick charge
delivered is a short burst.
And in a world where exploding smartphone batteries are a
lingering concern, Meizu promises that Super mCharge batteries will only reach
around 100.4 degrees Fahrenheit, which is lower than the 111.2 degrees
Fahrenheit that it claims Quick Charge 3.0 batteries can reach.
Though Meizu hasn’t announce the smartphones that will be
using mCharge technology, but I’m guessing it won’t take much time before we
start seeing devices with super mcharge technology. I called this technology charge at the speed of shock!
Watch the video here

11 thoughts on “Can You Beat This? Super mCharge Tecnology Allow You to Get 100% Full Charge in 18Minutes”