Skip to content
WhatsApp is now ‘dead’ on BlackBerry OS, BlackBerry 10 OS, and Windows Phone 8.0 (and
older) operating  systems, as it has
passed its end-of-life date of December 31, 2017.
However, it appears that BlackBerry 10 users have received a
slight reprieve, with WhatsApp
saying they will get a ‘grace period’. It’s unclear if users on Windows Phone
and BlackBerry OS have received a similar reprieve, and we’ve reached out for
confirmation. The reason behind the move, WhatsaApp says, is the dwindling user
base on the respective platforms as consumers are sticking to Android and iOS. 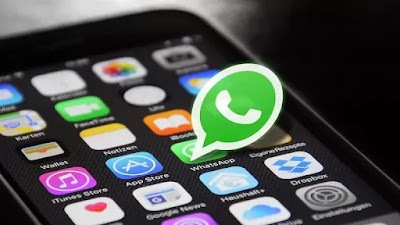 In a statement to Crackberry, Once the
date passes Dec 31, 2017, the app will go into “deprecation” mode. It
will still continue to function for a short grace period, but some behaviors
will change. Most importantly, you will no longer be able to re-register your
account with the app. That means if you delete and reinstall it (or install it
on a different phone), it will no longer allow you to verify your phone number
and complete the setup process.

After the grace period, which is
approximately two weeks after the published date, the app will go into
“expired” mode. At this point, it will stop functioning as a usable
WhatsApp client, and thus will no longer connect to our servers. (Around this
same time, our servers will stop allowing the client to connect as well.)
However, once it is expired, the BlackBerry 10 client app may still allow you
to access your existing message content on your phone. This behavior should be
similar to what was seen by everyone who forgot to update their app the last
time our published expiration date had passed.

In other words, just because you are still using WhatsApp  on your
OS 10 device after 31st of December doesn’t mean anything has
changed. The BlackBerry 10 client is just a dead app gasping its last breaths
of air. As we’ve mentioned before, you should really being making all efforts
to move from the native app as the longer you wait, the more chance there is
that you won’t even be able to export your data as it requires a connection to
WhatsApp servers.
WhatsApp on Blackberry OS, OS 10 and Windows Phone 8.0 is
dead! Move on.