Skip to content
Those of you using Gboard,  it has been
updated to support more additional 40 languages, including Japanese.
Although Google already has a keyboard for non-Latin script
languages, it’s not forcing you to adopt Gboard as noted by engadget.  support for additional languages has been added
in gradually since Gboard launched on Android in December 2016. With this
update, Gboard now supports over 120 languages. 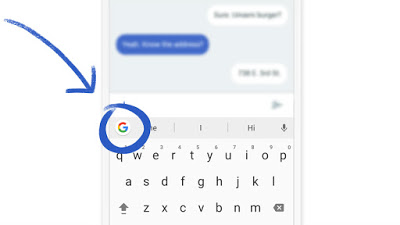 Plus, you get access to four sticker packs by default
(previously Gboard only included stickers if Google’s Allo messaging app was
installed).
Other notable features
seen on Gboard include Search right in the keyboard. And, it also adds GIFs,
emoji-centric tools (including type and scrawl to search), and you can also
voice typing instead of stressing your precious little fingers using the Gboard
microphone button at the right hand side.
This updates alone will make you dish other Keyboard away.
You can download the updated version of Gboard from Google
Playstore or apkmirror.