This is why they said never use the word impossible again because the word “impossible” simple means “immortal-possibility”. If you are told that you’ll use your smartphone to driver a car, would you have believed it?

Meet the world first smartphone driven car. The Chinese company showed off what it claim is the first driverless car to be controlled using a smartphone, the Huawei Mate 10 Pro, to be precise. This was done under the RoadReader project, where Huawei tried to put the AI capabilities of the Mate 10 Pro and their object recognition technology to the test. 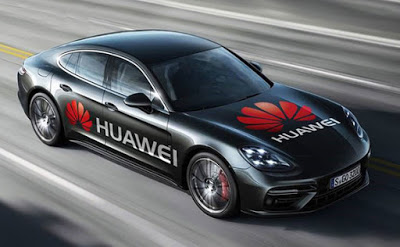 “Unlike other driverless cars, which simply detect obstacles, Huawei has transformed a Porsche Panamera into a driverless vehicle that doesn’t just see, but crucially understands its surroundings,” the Chinese tech giant said.

You can see how they went about designing the smartphone-controlled car below with an absolutely terrified-looking dog. Don’t worry, he’s fine. In fact, he’s a good boy. We hope he wasn’t “subject 294” or something, is all.

If Huawei could succeed in this challenge, what else is impossible?