Skip to content
So literally, I don’t use glo… I only observe those using
it. A lot of people are using it; some wish they are using it if not for the
sedate speed of the network while some others will rather discard their smart
devices than to use the network.
In my analysis, good internet connection with good speed is
location based. I overhead some individual raining cusses on Airtel for their
poor network and vow never to have any relationship to do with Airtel again,
while for my Ibadan guys, Airtel network is the best with Flash 4G LTE speed. 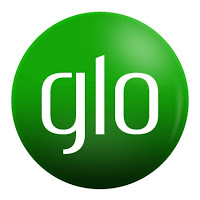 Some users have been reporting slight changes in Glo
internet connection now compare to before, while they attribute this changes to
the recent data slash… some claims the speed is still the same without any iota
of change.
We want to hear from you… are you using Glo network? Where is
your location and how fast is it? All your comments are important based on your
locations.

26 thoughts on “How is Glo Internet Speed in Your Location?”