Finally HMD Global has launched its new smartphone called Nokia X6 and it comes with the following specification.

The smartphone comes with a 5.8-inch Full-HD+ display with screen resolution of 2280 × 1080 pixels and 19:9 aspect ratio. There’s a notch on top of the display just like the iPhone X. 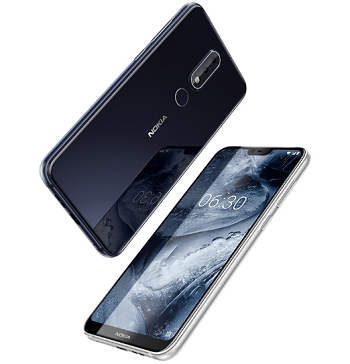 It comes in two variants 4GB + 32GB internal memory/6GB + 64GB onboard storage expandable via micro sdcard upto 256GB.  Nokia X6 run Android 8.1 oreo out of the box and also comes with do not disturb mode for gaming.

The smartphone features a dual rear camera (16MP + 5MP), and front facing camera of 16MP. Not just that but the Finnish company is touting the presence of artificial intelligence (AI) features for improved photography. 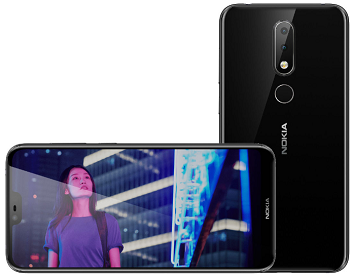 Nokia X6 comes with a Face Unlock feature as well as a fingerprint sensor placed on the back panel. Connectivity options on the device include 4G VoLTE, WiFi 802.11 ac (2.4GHz + 5GHz), Bluetooth 5, GPS + GLONASS, and USB Type-C.

Nokia X6 will be powered by 3060mAh battery juice with supports for Quick Charge 3.0, fast charging technology that can deliver up to 50 percent of charge in 30 minutes.

How Much is Nokia X6?

The design is cool and the camera is dope couple with the fact that it offers the Bothie feature, which enables users to use both front and rear cameras simultaneously.