Skip to content
When Nokia was upping the mobile market, Samsung was nowhere
near the ladder. Chinese smartphones were not noticed… and not even the so called
elevated Infinix & Tecno smartphones that has so much taken over the
African mobile market.  When Nokia died a
temporary death,

everyone thought they actually lost the battle not knowing
that they were only strategizing for season two “The Return of Nokia”. 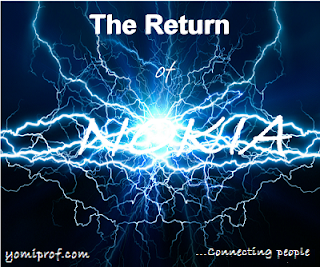 Nokia was the world’s top mobile phone maker between 1998
and 2011 but was overtaken by South Korean rival Samsung after failing to
respond to the rapid rise of smartphones. Hence, sold its handset unit to
Microsoft in 2014 for some $7.2 billion which dropped using the Nokia name on
its Lumia smartphones.
Two days ago, Nokia announced their return but on
Android platform. Nokia believes in quality, long lasting battery and this
time, they are set to take over the mobile market.
What do you think will happen to other Chinese android
smartphone company’s? Considering the facts that Nokia always produce quality
mobile phones. Should Samsung, Xiaomi, Infinix, Tecno and likes be scared?
What’s your opinion?

11 thoughts on “The Return of Nokia, Should Other Chinese Brand be Scared?”