Skip to content
These are some of the major updates we’ve been waiting for
from WhatsApp IM for a very long time which could be worrisome to Snapchat
despite the facts that they declined Facebook offer of $3 billion acquisition
offer in 2013. 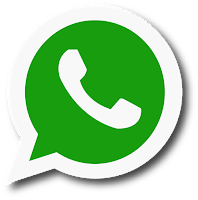 A lot of features have been introduced to WhatsApp which
includes;
>>Front Facing Flash and One Finger Video Zoom: When
taking a selfie within the IM, the screen will light up white to brighten your environment…
Even though you are in the dark, you’ll be able to take a selfie within
WhatsApp messenger. And when you’re holding the record button to capture a
video, you just need to slide your finger up and down to zoom. These are
amazing features.
>>You Can Now Write Text and Draw on Images:
When you take a photo with the WhatsApp camera, you will be
able to crop the image, edit the image, type text on the image, and even
annotate and draw on top of it. 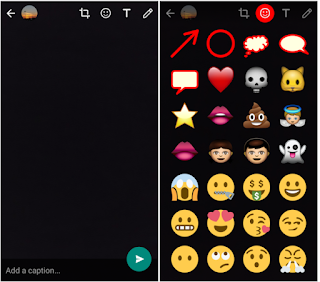 >>Bigger Emoji: Single emojis in messages used to
appear the same way as all emojis (see the laughing face with tears in the left
screenshot below). But in 2.16.256, bigger emojis were implemented so that
these single ones would appear a little larger (see the same emoji in the
middle screenshot). 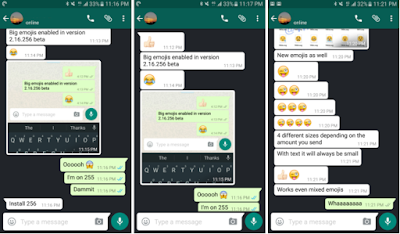 >> You’ll now be able to send multiple
chats at once while sharing or forwarding messages. The frequent contacts will
appear on top while forwarding or sharing messages.
All these features are live in the latest WhatsApp betas
that you can download by joining
the official Play Store program or download the app from apk mirror  v2.16.263
directly.