Skip to content
Unfortunately, so many Android users are still stuck on
KitKat and are not planning to leave Android 4.4 kitkat soon. Some even vow to
stay with Android 5.0 lollipop for life and I don’t know there reasons for
that.  The funniest aspect of it is that
some people don’t even care about the OS version they run, their own is just to
make sure that their devices turn on every single day, facebook, whatsapp and
take selfie. 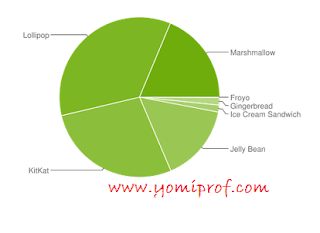 In as much as some users wish to upgrade to the latest
version but are unable to due to the facts that some OEM devices are too
epileptic to run the new operating system. 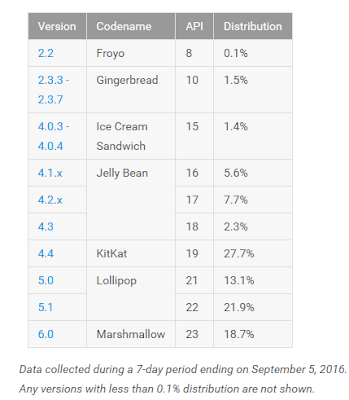 Android just released the latest statistics regarding the operating
system’s version distribution,  you can
see from the table that Android 7.0 has not been listed; as you can see, Android
Marshmallow is achieving a record of 18.7%, Android Lollipop still remain the
chief with a record of 35%, KitKat remains surprisingly strong at 27.7%, and
Froyo is finally vanishing into thin air with approximately 0.1% share.
Why are you still hanging around Android Kitkat, and Lollipop?
Atleast you can upgrade to Android 6.0 Marshmallow. Or should we now blame the
OEM that doesn’t care about updating the old models of their devices?
Tell us your reasons why you are still stuck on the old
operating system.

28 thoughts on “Unfortunately, So Many Users are still on Android 4.4 Kitkat… Why?”