Skip to content
This is a question I know I can’t get answers to but sooner
or later answers will come. I’ve stylishly watched 4G LTE networks come into
Nigerian market and in no distant time, 3G will be history just like the way CD
player is now history. 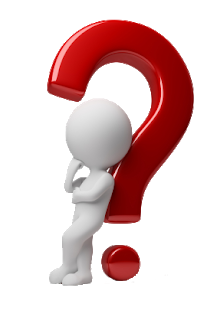 MTN, ETISALAT & Glo Network launched their 4G network
weeks ago and I can confidently tell you that the 3 networking are hyping when
you and I tactically know that 75% of cities in Nigeria are yet to experience
4G network. To them,  it is 4G… but to
us, speed is nothing compared to Flash but can be liken to a popular Lagos
traffic jam.
As large a Lagos Nigeria is, Etisalat 4G hasn’t covered 80%
of Lagos state… so I wonder where Etisalat 4G network is perfectly operating. I
know with time, they’ll balance up but we need something to hold on too.
I went to Glo office some couples of days back and to my
surprise, babe who attended to me was using MTN 4G to browse… that is to tell
you that Glo may be the grandmaster of data, but when it comes to 4G speed, I
guess they know where they belong.
I’ve always been a lover of Airtel network because of the
cool sensational speed experienced when surfing the net. What some
telecom called 4G network is Airtel 3G network.
Unfortunately, it seems the
gods of the network haven’t  smile on Airtel NG yet, so they looked abandoned and neglected
in a lonely planet. I keep wondering when Airtel NG finally launch their 4G LTE in
Nigeria, where will other networks find themselves.
The question is does Airtel even have the plans to launch 4G
in Nigeria? If at all they have plans to launch, how soon…?
By the way, those of you still using Airtel weekend plans,
do you noticed you can now automatically carry over unused data?

23 thoughts on “When Will Airtel NG Launch Their Own 4G LTE Network?”