Skip to content
The
wind of 2016 is about to roll away and we had bunch of apps that made their way
to our homescreen. Some were excitedly over hyped while others were just bunch
of mistake.
The
year won’t be complete without mentioning the worst apps of 2016. Google launched two massively hyped apps that didn’t last upto a week before they were irrelevant. This is to tell you that it takes more
than being a tech giant to survive in the mobile app world. 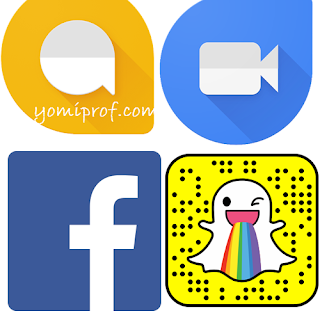 We also saw old favorites become
cluttered and terrible. These are the worst apps of 2016.
Google Allo:
This app promised to revolutionize
the way we chat with each other from out smartphone. Few days after launched,
it recorded millions of download and so many people blindly forecasted that it
will beat WhatsApp out of existence. Today reverse is the case. Google allo is
dead and buried…with low rank.
Google Duo:
Launched side by side with Allo, Duo
is a bare-bones video chat service that had little to offer. Hangouts,
Skype, Snapchat, Facebook messenger and many other apps that you probably
already use. This app recorded more than 10 million downloads few days after
launch but today, it is not only on life support but about to be buried with
2016.
Facebook:
Lots of things pissed me off about
this app, first of all it zaps phone battery like hell, zaps data like hell and
it has first class degree in spreading faking news.  This app has the ability to spread false
information on a massive scale.
I have deleted it from all my
devices.
SnapChat:
You may like it but I hate the
discover section on snapchat. It has become a platform for the Kardashian
family to violate you with their boobies and butts. Mixed in with the stories
from your friends, these articles often contain nudity and borderline adult
material fed right to the phones of children of all ages.
To make matter worst, it runs terribly on android… it can drain battery for Africa.
What are your worst apps of 2016?