Skip to content
Without much doubts WhatsApp Messaging app is
seriously making a lot of improvements every now and then. I’m pretty sure you
are all enjoying the video call features now.
Another update will soon be unleash, and I
bet, you’ll love it because so many times you might have sent messages that are
meant to be for your friend to someone else and you don’t know how to delete
it… but with the feature coming, it will tackle it. 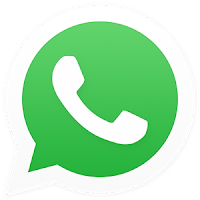 Latest reports suggest that WhatsApp is
testing a new feature that will allow users to ‘revoke’ a sent message, edit it
and send it again. 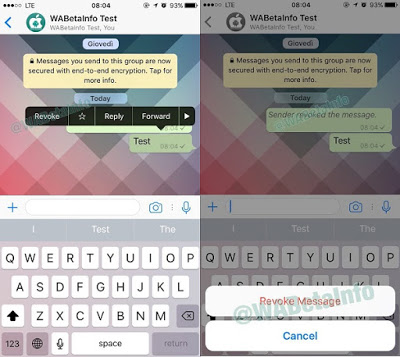 For the same, reports said WhatsApp is getting
Gmail’s coolest feature: Recalling sent messages.
This feature is also said to have appeared on
WhatsApp beta version 2.17.1.869 on iOS.
While ‘revoke’ and edit is definitely a cool
thing, what is more magical about the feature is that the ‘recalled’ message
will reportedly disappear or get deleted from the recipients mobile too.
Those who have groups will find this feature
handy, as you will be able to edit sent messages, delete sent messages. This is
going to make a lot of sense I must say.

17 thoughts on “WhatsApp to Introduce ‘Edit’ and ‘Unsend’ Features”