Skip to content
Rumor have it that Facebook is developing a Modular
smartphone as a patent application filled by the company reveals that they may
be working on a device that can be used as a phone.
Though Modular smartphones have always been an interesting
idea although it seems that nobody has turned the idea into reality yet, with
the latest attempt Google’s Project Ara being cancelled last year. 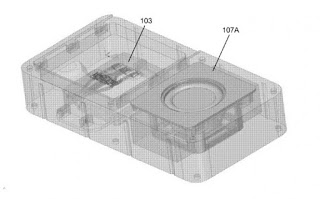 Funny enough, most of the behind Project Ara went to
Facebook, though and now they work at Facebook Building 8 – the lab that is
responsible for the patent application.
The device can be used as both as something like an Alexa
speaker as well as a phone but the patent application also states that
components of the device can be swapped out and different software could be
loaded depending on the used components.
Source & via

7 thoughts on “Facebook is Working on Mysterious Modular Smartphone”