Skip to content
WhatsApp rolled out an update for windows phone beta users’ version
2.17.342.0 which included a feature that allows those in a group chat to reply
to a message in private to a member of the group.
A chat window to the recipient would automatically open, and
it included the message from the group that the sender was replying to. Already
available on the Windows 10 web version of WhatsApp, the new feature is not yet
offered on the iOS or Android version of the app. 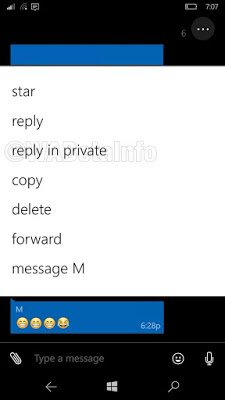 On Friday, another update was rolled out, this time to
version 2.17.344, removed the ability to send the private messages to someone
participating in a group chat. No reason was given, but apparently WhatsApp had
jumped the gun by including it in Thursday update. Other features of the
original update, all of which still remain on the beta. 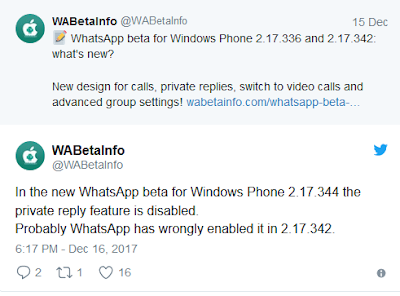 No word on when the exclusive feature will return to Window phone users or
making its way to Android and iOS users.
via